Once More Unto the Valley, with Pink Floyd 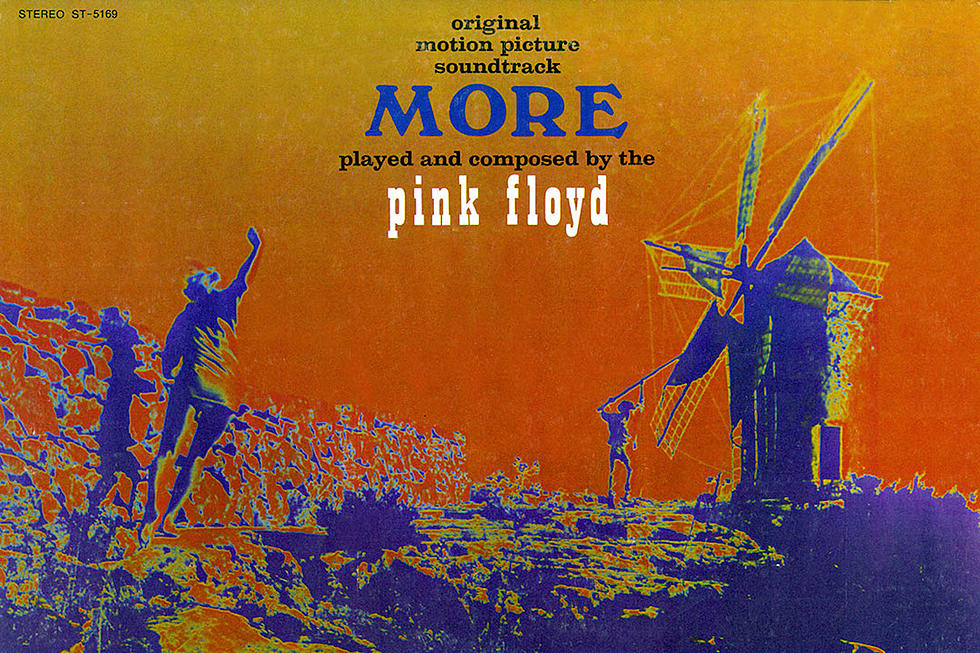 At the tail end of the 60s/dawn of the 70s, Swiss-Iranian director Barbet Schroeder made two films, both of which were sound-tracked by a post-Syd Barrett Pink Floyd at the peak of their powers. One of those films (More) is a stone-cold hippies-go-mad-in-Ibiza classic, while the other (La Vallee, aka Obscured by Clouds) is a less than perfect hippies-go-mad-in-Papua-New-Guinea flick and is frankly a bit meh, but probably worthy of revisiting, or even visiting (the film, that is – not Papua New Guinea, which is a very dangerous place). Both are easily obtainable on UK Blu-Ray, so don’t be put off by the unsubtitled trailers below.

Let’s start with More, so to speak, because More is definitely more in this case, and not less, even if the aforementioned dissolute hippies appear to do very little but sunbathe naked and take a lot of drugs. One of those hippy lotus eaters is actress Mimsy Farmer, playing American junkie Estelle, with whom the unfortunate maths graduate Stefan (Klaus Grunberg) takes up and jacks up. Mimsy Farmer got her first name from Lewis Carroll’s Jabberwocky (“all mimsy were the borogroves”) and her stunning looks from her mum, presumably. After More, she made a pretty good fist of it in Italian “exploitation” cinema, notably Four Flies on Grey Velvet and The Perfume of the Lady in Black (gotta love those Italian titles!) as well as playing the doomed protagonist/ quarry in the deeply disturbing French film La Traque, known as The Track in English, although The Hunt or The Chase would be a more appropriate translation.

The film More ought to be boring and dated, and some will find it so, but it’s actually a very dark take on the “turn on, tune in, drop out generation”, blighted by their post-Altamont love affair with smack,  and in its way a prelude to Niko Mastorakis’ Island of Death, in which sex with goats and golden showers replace the frankly vanilla exploits of Mimsy Farmer and Klaus Grunberg, and heroin overdoses give way to decapitation and burial in lime. Island of Death is kind of like early John Waters in the sun, but not as funny, and if that still sounds infinitely superior to More, you are entitled to your opinion, but you should probably seek medical attention.

The best thing about More – yes, even better than the endless round of sex and drugs – is the Pink Floyd soundtrack, which boasts the languid Cirrus Minor (as good a smack anthem as you could ask for) the Floyd at their punk rockiest (The Nile Song) and the perfectly serviceable Cymbaline, which Hawkwind once inadvisedly covered (the comparison with the Floyd original did not flatter them).

There’s a lot of incidental music as well, with titles like Party Sequence and Ibiza Bar and A Spanish Piece, which give you an idea of what to expect both aurally and visually. Not everyone will agree, but for me this phase of Floyd, post-Syd and pre-Dark Side, could do no wrong really, and even aimless noodling a la Umma Gumma/Live in Pompeii is manna to my ears. But please, stick to your copies of The Wall or even your I Hate Pink Floyd T-shirts if you must.

Meanwhile, over in Papua New Guinea, a similar bunch of hippies, or “scientists” (hippies minus the drugs) are looking for a Lost Valley, one not obscured by crowds, and in the latter film’s best scene, they stumble on a village full of mud men, one striking image from which found its way onto the cover of The Pop Group’s largely unlistenable “classic” Bristol album Y (Y indeed!)

La Vallée stars Bulle Ogier and “Monique” Giraudy” who is – pop pickers – actually a thinly disguised Miquette Giraudy, legendary provider of “space whisper” on numerous Gong and Steve Hillage tracks, not to mention System 7 (I try not to, although friends assure me that as techno goes, it’s okay). Here is Miquette G, somewhere in the mix, on Get It Inner, my fave rave from the bits and pieces Gong Live Etc.

Another actor who appears in La Vallée is Michael Gothard, perhaps better known for his eccentric turn as a Rick Wakeman-like priest (Father Barre) in Ken Russell’s The Devils. But the real stars of the film are, again, the Floyd, who in this soundtrack once again veer from bucolic bliss (or as blissful as Papua New Guinea can get) in Burning Bridges and What’s… Uh The Deal? to out and out rock (The Gold It’s In The) and something half way between (Childhood’s End) while all the time maintaining a creeping sense of dread and foreboding (is there a difference?) although they might have tapped up the Italian cinema guys for some better titles, or at least finished their sentences.

La Vallee is okay as long as the guys covered in mud are around and/or the Floyd are playing, but neither is really enough to lift it out of the mire of mediocrity. Perhaps I need to see it again, but I’ll be 58 in March, and life feels far too short these days. If I really want to immerse myself in an anthropological art movie, I’ll pick Dennis Hopper’s The Last Movie or Werner Herzog’s Cobra Verde over La Vallee.

Barbet Schroeder went on to work with Bulle Ogier again, in the infamous but little-seen Maitresse, and a bunch of unremarkable Hollywood pictures, of which Barfly, with Mickey Rourke, is probably the pick, as well as coming out in support of runaway rapist Roman Polanski, so it’s safe to say that these two films – More and La Vallee – represent the peak of his career, followed by a Mariana Trench-like trough lasting several decades. Or, as the Swiss might say, “Vous en gagnez un peu, vous en perdez un peu.” Although bearing in mind the linguistic diversity of Switzerland, and Schroeder’s surname, it might be better to say “Du gewinnst etwas, du verlierst etwas.”

2 thoughts on “Once More Unto the Valley, with Pink Floyd”

On Brandon Hill: Popular Culture in Bristol since WW2

27 Films Made in Bristol