A Blong For You

So here I am, fast approaching the end of my WordPress course, and about to launch my blog on an ungrateful public (actually, it’s up and running already, which is pretty obvious really, if you are reading this).  One of the ideas behind the blog – in Archaeology Corner – is to share my curious and unashamedly retro tastes in books, films, music etc. Yes, original as ever. To that end I’ve made Hawkwind’s Master of the Universe my “blong”, or blog song, because every blog can benefit from a song, and Master of the Universe pretty much presses all MY buttons: full-on freak-out music, God/the Void/the Cosmos (call it what you like) South American dictatorships, film-making (every director a master of the universe and all that) blogging (which is about as self-absorbed and masterfully universal as you can get) etc etc.

Anyway, as I was saying, my blog course is coming to an end and I wanted to acknowledge the input of my classmates and teacher, the sound advice and good company of the last three months or so, and say a big thanks by offering up these “blongs” to them (as well as contributing a new word to the Oxford English Dictionary). Every good blog deserves flavour, and Clarise’s Jamaican food blog has it in spades, so I’m thinking a bit of reggae-lite, namely The Chosen Few’s You’re A Big Girl Now, which you will be, once you’ve eaten Clarise’s food. There’s nothing particularly amazing about this tune, but it has sentimental value for me, as it was one of the few things in my mum’s record collection I could bear as a teenager (Jackson Browne and Janis Ian not doing it for me) and it sounded particularly good when combined with certain herbs that I probably wouldn’t use in cookery these days.

Les writes, publishes and sells books about ocean liners, so My Ship Is Coming In springs to mind. I’d have to say the Walker Brothers version is the one to go for, but I’m partial to Walter Jackson’s take as well.  Mind you, Les is a bit of a jazz head, or at least a Coltrane head, so maybe Stanley Clarke’s Sea Journey, which is certainly as long as any ocean voyage (and really starts cooking mid-Atlantic, a bit like Clarisse!)

Natasha’s using her blog to advertise her services as a hairdresser, and I heard her singing Isn’t She Lovely? which would work well, as would Let The Sun Shine In from the musical Hair (geddit?) but I’m plumping for obscurity instead (surprise surprise) with Wear Your Natural Baby by Towana & the Total Destruction. Incidentally, Towana is none other than Ty Karim, who forever endeared herself to soul fans with the Northern/crossover classic Lighten Up, and the two-step duet with hubby(?) George Griffin, Keep On Doin’ Whatcha Doin’.

I’m still not sure what the purpose of Klavina’s blog is, but it seems to revolve around Klavina, whch is fair enough. My blog revolves around me (as does the universe). I can’t offer her Hawkwind  – they’re spoken for – so I’m gonna find a way to shoehorn in one of my all-time ever favourite songs, the Leon Russell standard A Song For You, as sung by Donny Hathaway (RIP). It feels right. Maybe Klavina can record her own version. She’s a singer, after all, and has even appeared on Albanian X-Factor, which Enver Hoxha never managed, despite having a passable singing voice.

That just leaves Rod, whose blog is about his experiences of having a brain tumour, so what better blong than another of my favourites, I Will Survive?  There should be hundreds of credible versions of this by now, but there aren’t, only Gloria Gaynor’s gorgeous original, which is one thing my mum and I could always agree on. All together now: “At first I was afraid, I was petrified, kept thinking I could never blog without you by my side” (so it’s perfect for our teacher Fiona as well).

4 thoughts on “A Blong For You” 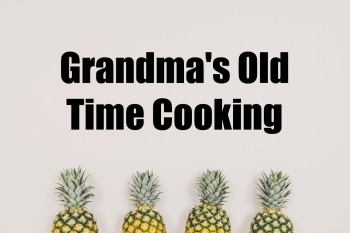 My Ship Is Coming In

A Song For You