Every Album I Own: S is for Spirit 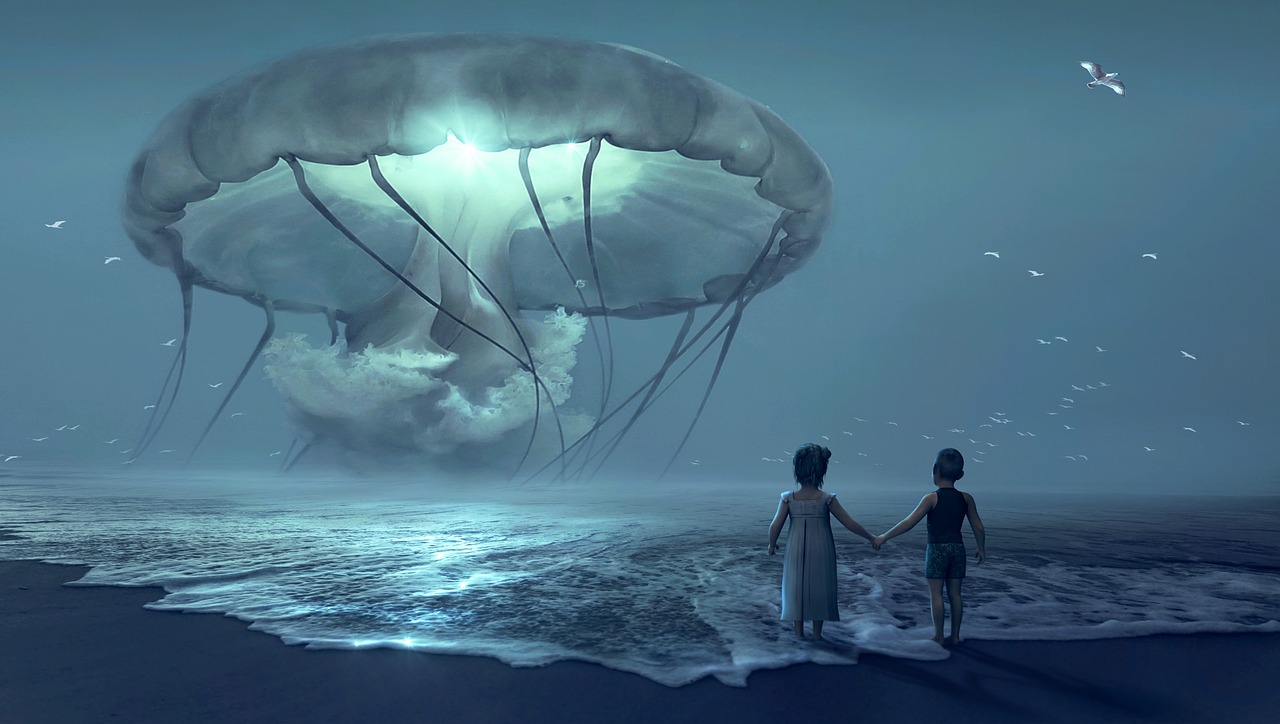 Was there ever a band as under-rated as Spirit, a drummer as tonsorially challenged as Ed Cassidy, or a guitarist as subtle and restrained as Randy California? Was that even his real name? Let’s hope not. I had the good fortune to see Spirit live, at the Colston Hall in Bristol. It must have been 1982 or ’83. I’d come back early from Glastonbury. The Colston Hall was surprisingly full, given that Glasto was just down the road, and Spirit played an unfussy, no-frills show, with the best songs from their latest album (Potatoland) mixed with their ‘hits’ (not that Spirit had hits). It was certainly better than being at Glastonbury, where the Fun Boy Three were playing. So what if the Fun Boy Three played to thousands and Spirit couldn’t quite fill the Colston Hall? Did the Fun Boy Three write a song as beautiful as Nature’s Way or Darlin’ If?  Did they write the tune (Taurus) which Jimmy Page ripped off for Stairway to Heaven (see below for all the tunes Led Zep have ripped off – Spirit come near the end)? Did they kick Charles Manson out of a party, as Spirit did in Topanga Canyon? Did the Fun Boy Three drown trying to save their children, as Randy California did?

A lot of the musicians I admire – Randy California, Dennis Wilson, Jeff Buckley – seem to drown, while the Fun Boy Three are, as far as I’m aware, all still alive and free to reform as the Specials, or whoever. There’s no justice in the world. If there was, The Twelve Dreams of Dr Sardonicus would top the Critics Lists, just ahead of Sergeant Pepper and Pet Sounds (fine albums both, but Dr Sardonicus they are not)

Dr Sardonicus is Spirit’s masterpiece, but as with Love and Forever Changes, the buck doesn’t stop there. The first album has its moments (e.g. “Stairway to Heaven”) as does Clear Spirit, while The Family that Plays Together Stays Together could be an album title by the Manson Family, although unlike Manson & co, Spirit actually were a family of sorts, in the sense that  drummer Ed Cassidy was Randy California’s stepfather.  More to the point, it boasts some of Spirit’s finest songs (e.g. Darlin’ If) although it lacks the musical cohesion of Dr Sardonicus.

Nothing in their 70s oeuvre quite scales the giddy heights of those first four albums, but Spirit of 76 is a pleasingly bonkers double album of fairly obvious covers (Dylan, Hendrix) blues jams and song sketches, resembling nothing so much as a talented teenager stuck in his/her bedroom trying to imitate Todd Rundgren’s Something Anything and almost – but not quite – succeeding, while the afore-mentioned Potatoland has its fans, and found unlikely favour among the Balaeric crowd for the Potatoland Theme, which here soundtracks a nice historical slideshow of the band:

S is also for:

Pharoah Sanders, Journey to the One (two top tunes on this: You’ve Gotta Have Freedom for the dancers and Think About The One for the morning after.)

Evie Sands, Suspended Animation (slick, blue-eyed disco. Wouldn’t be out of place alongside the Saturday Night Fever soundtrack, if that sort of thing appeals to you).

Santana, Caravanserai, Borboletta, Welcome, Moonflower (sure, everyone bangs on about Abraxas, but mid-70s Santana is way more soulful and part-live, part studio Moonflower has moments of transcendental beauty on it. Plus She’s Not There.)

Shinehead, Rough & Rugged (oh fuck off, you’re not that hard)

Shoes for Industry, Talk Like A Whelk (I have a theory, which probably doesn’t stand up to scrutiny, that the quality of a record is in direct inverse proportion to the wackiness of its title. This isn’t necessarily true of Captain Beefheart’s Trout Mask Replica or Lick My Decals Off, Baby but it is most certainly true of Talk Like A Whelk. Compare, for example, with Soft Machine I & II, whose banal titles conceal the most sublime, crazed, carefree “pop” music ever recorded.)

Sister Sledge, We Are Family (produced by Charles Manson and not, as many believe, by Nile Rodgers.)

Smash, Smash (Spanish flamenco psych, with punky overtones. Have I died and gone to heaven?)

Bob Smith, The Visit (a double album from early 70s LA like no other, veering from rock to country to Ubu-esque sound collage. The Eagles it ain’t. Will sorely try your patience, but in a good way.)

Smoosh, She Like Electric (who says two pre-teenage girls can’t kick ass like the Slits meet ESG but with pop smarts?)

Soft Machine, I, II, IV, V (see – they can count, although they left out III, the one with Moon in June on. The first two are unhinged, inspired, chaotic, melodic. Kevin Ayers & Robert Wyatt are still with them. By the time of IV and V they have disappeared half-way up their asses. But I retain a sentimental affection for them nonetheless.)

The Soul Children, Friction (veers from the ridiculous, not to say masochistic, I’ll Be The Other Woman to the sublime I Can’t Let You Go).

Candi Staton, His Hands (the title track is apparently about God, in which case I’d be worried if I were you, God. Or excited.)

Stark Reality, Hoagy Carmichael’s Music Shop (one of the most utterly out-there albums I have, in which a bunch of jazz musicians turn Hoagy Carmichael’s children’s songs into almost unlistenable free-form freakouts, a la Red Crayola.)

Ray Stinnett, A Fire Somewhere (one of those “great” lost/unreleased albums dug up by – in this case –  Light in the Attic records, except that in this case it really IS great.)

The Stooges, The Stooges/Funhouse (need I add anything?)

Jim Sullivan, UFO (there’s an amazing back story to this, involving the disappearance of the artist, probably murdered, Electra Glide in Blue-style, by maverick cops – but more importantly, did UFO ever record an album called Jim Sullivan?)

The Supremes, Mary, Scherrie & Susaye/High Energy (post la Ross, and much better for it)

Sylvester, Step II (the one with You Make Me Feel Mighty Real on it, and other, better songs as well.)

68½, Archaeology Corner, Every Album I Own, News, Sounds

On Brandon Hill: Popular Culture in Bristol since WW2

27 Films Made in Bristol